Rothwell Grammar School came into existence around 1933, and was always a school that believed in sport and recreation as a contrast to tutorial studies .In the 1950's the school played an annual fixture against the old boys of the school and two or three of the old scholars thought it might be a good idea to form their own rugby club and preserve some of the old traditions of the school.
In 1960, this idea came to fruition, with a few friendlies played, before a full fixture list was arranged for the 1960-61 season. Several former pupils, who had been playing senior rugby in the area, joined the club and the name of Old Rodillians was selected, depicting the old name of inhabitants from the Rothwell area.
In 1967 Old Rodillians became an open club, the clubs fortunes really took off with being able to recruit from other clubs and schools in the area and in 1967 (at their first attempt), reached the final of the Yorkshire Shield, losing to Sheffield University. The following season (67-68), they returned to the final and beat Heath O.B. 17 - 3 at Morley. In 1973 again they reached the final at Morley and beat Pontefract 14 - 6 after extra time.
The side originally played on the "rec" at Lofthouse, moved to Rothwell Haigh for a year and then Lofthouse Cricket field for a couple of seasons. The club moved to its new premises in Stanley with 2 pitches and a new clubhouse in time for the 1970-71 season. A match to mark the opening of the new ground was arranged against a select side from the County, Yorkshire Wanderers.
More recent history has seen the club change its name to suit its location, Stanley Rodillians RUFC. In 2002 -03 Stanley Rodillians were Yorkshire 5 Champions and the following season 2003-04 they won the Yorkshire Silver Trophy. The most recent success was in 2015-16 season, becoming Yorkshire 5 Champions.
Stanley Rodillians currently play in Yorkshire Division 4 and prides itself on its warm welcome and a family friendly atmosphere.
We look forward to seeing you soon at Manley Park soon. 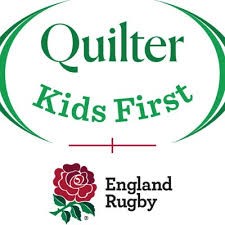